In the modern age, where the fast-paced action of ZOOM Poker so popular, the skill of opponent observation is becoming somewhat of a lost art. In this article we rediscover how to tag, note-take and gather information on your opponents. These skills capture the essence of exploitative poker – finding out what your opponent is doing and then making some precise adjustments to counter it. Here are some ways of gathering information.

Labelling opponents a specific colour has it’s benefits. For example, it allows you to see whom you are up against at a glance. I always encourage my students to scan the table as a matter of brute-force habit before they act. Scanning in such a way can allow you to find opportunities to play hands you might not normally be able to get away with, or if the line-up is tough, fold hands you might normally play.

Right click a player’s avatar to bring up the player menu and select ‘Label’. There are some default colour labels available here, but you can also make your own by selecting ‘Edit Player Note Labels’ below these. So what categories of opponent should you be looking to identify? Here are some labels it is well worth creating:

Regular – Have a colour for a player who has thus far played solidly and has exhibited the behaviours of a competent opponent. Precise open sizes, small flop continuation bets, and larger turn and river sizes are all the mark of the more serious player. Try to avoid sitting on tables full of regulars and do not take too many liberties pre-flop when these players have position on you.

Passive Recreational – Have a colour for players who limp into pots, call many opens, call 3-Bets wide, and rarely raise or fight back post-flop. The idea against such opponents should be to dramatically widen your opening ranges and isolate them wide when they limp into pots. We profit form these opponents by building the pot and then taking it down. Occasionally, we are lucky enough to actually hit something and that is the icing on the cake!

Aggressive Recreational (Maniac) – This is one of the most volatile opponents out there. This player will constantly attack, will have bluff heavy ranges in many spots, and will have a strong dislike of ever folding. He takes aggression too far and raises a lot pre-flop rather than limping in. Note that there are some aggressive recreational players who do limp a lot pre-flop, but then explode into life post-flop with untempered aggression. You will have to embrace various strategies against this player. Favour hands that make top pair and avoid bluffing for the most part.

Tight Recreational – This is a player who is too far on the opposite end of the spectrum. He misses profitable opportunities to enter pots, folds too much, and leaves his blinds sitting out there like a free meal. Look to attack this player with a much wider range than normal and increase your bluffing frequencies. Beware though, when this opponent bursts into life it will usually mean that your good but not great hand should think about hitting the muck.

When it comes to gathering and using reads, even better than colour coding opponents is typing specific notes on their behaviours and tendencies. To write a note on an opponent, simply right click the avatar and select ‘Note’. This will bring up the note box in the bottom left in which you can jot down some bullet points on this player’s observed actions. Hovering over the player’s avatar in future will display any notes you have previously taken.

When taking notes, try to generalise as far as possible while capturing the strategically relevant aspects of your opponent’s action and what they suggest about his overall style of play. Especially, concentrate on finding your opponents’ imbalances. Spotting imbalances in your opponent’s ranges is paramount to success. People who bluff too much, don’t bluff enough, call too much etc. are your main targets so figure out who they are as soon as you can. Here are some examples of good and bad notes:

The former note is easy to digest at a glance and generalises your opponent’s action so that it describes his likely strategic imbalance. The latter note is too bogged down in detail and will be laborious to unpack along with five other notes in the future when you have just 20 seconds to make a critical decision.

Tournament poker is a great place to observe your table early on. The table is not likely to change much for a while and so it is entirely possible that you will be facing this same group of opponents, hand after hand, for the next few hours. When not in a hand, resist the temptation to go for a micro-nap or browse social media. Instead, take a look at that ongoing hand between the two big stacks. The CO just made three large bets and then folded instantly to a raise and so you have learned that he is very likely capable of running multi-street bluffs – this could prove invaluable later, but you would have missed it had you decided to do something else. Now imagine that over the course of an hour you accumulate ten reads like this one just by paying attention – you are at a massive advantage over players who are not. Observing during down time is also important in regular table cash-games. Once again, you will be playing many hands against these same opponents so stay alert. Even in Zoom, it may be advantageous to hang around by clicking ‘Fold and Watch’ especially where the hand in question is a large pot that features two opponents, with whom you battle often.

Perhaps the most important place to pay attention very early on is in a Spin and Go. In this format, you have only two opponents and very limited time in which you can exploit them. Let’s say you fold the BU in the first hand and SB limps in. When BB checks and the flop appears, it is vital that you watch the action to begin profiling your two Villains. If SB bets and BB min-raises, it is likely that the latter is a weaker player and will repeat this raise size in future. Try to label and take notes as soon as possible in fast short-handed formats. The information that you glean will be utilisable much more often than on a full-handed table.

These days many players lazily strive to simplify the game. They learn default charts and study solvers, closing their eyes to the exploitative information staring them in the face. Make sure you do not become one of these players by making full use of the labelling and note taking systems while paying attention to the significant pots on your table, even if you are not involved. 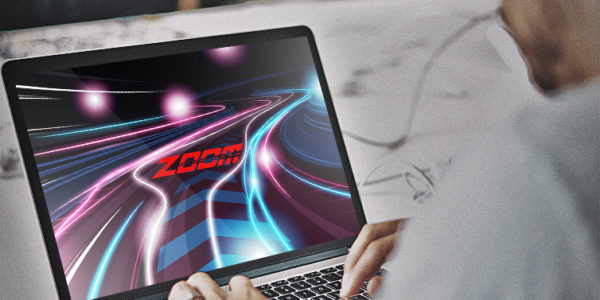 Everyone has their favourite format of the game and for me there is no contest.... In this video James talks us through five tips that will help you improve your... All About Zoom Poker

This is the first of a new series of videos where PokerStars Team Pro player...